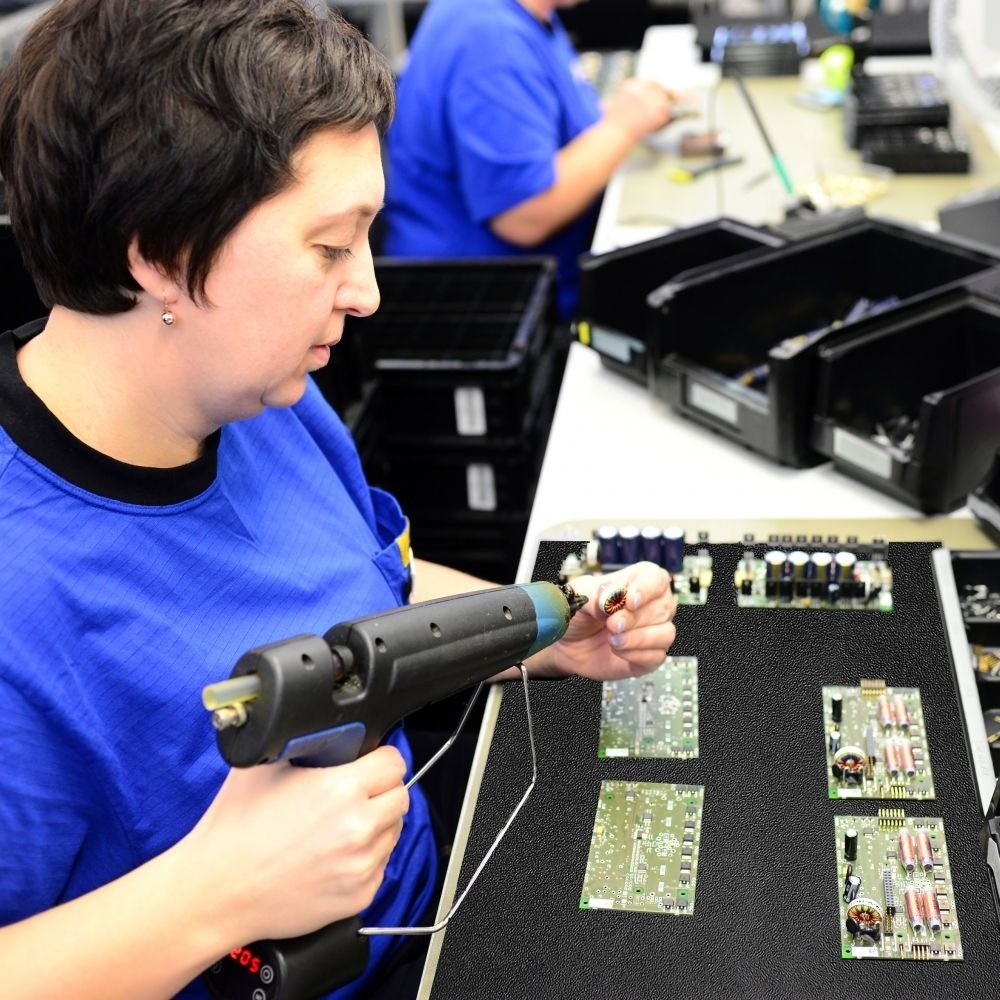 There is a growing demand for antistatic solutions in industrial and commercial environments.

What is an ESD mat?

Static electricity is everywhere, especially in winter when the air becomes drier. In many facilities, people are one of the main generators of static electricity. The simple act of walking or even sitting on certain types of stools can generate several thousand volts on the human body.

Static build-up is usually imperceptible until it is discharged, known as electrostatic discharge (ESD). After being laid off, workers can experience extreme shock. If a discharge was felt, it was probably more than 2,000 volts. If the discharge was audible, it could be 3,000 to 5,000 volts. And if a blue spark appeared, the shock was most likely greater than 10,000 volts. If not properly controlled, the build-up of electrostatic charges can cause unpleasant shocks to workers as well as invisible damage to electrical components.

Where does the sudden need for ESD come from?

In the 1990s, computer chips were manufactured with protection on the chip to protect them from electrostatic discharge. However, the protection on the chip has been removed to keep the hardware smaller and more sophisticated, making these higher-performance components much more susceptible to electrical interference.

The sensitivity of software components, which once exceeded 1000 volts, is now around 50 volts and is even projected to drop to just 25 volts. Static discharge can typically cause invisible damage to electronic equipment, or partially damage or weaken a component, resulting in failure later.

In addition, more and more industries are prone to static disruption due to the increased use of technology. Computers in some form are in almost everything these days. From toasters to televisions, manufacturers to logistics and call centers, almost every industry is prone to static build-up and its shocking effects.

There are many ESD products available to help reduce or eliminate static build-up on furniture, hardware, footwear, and floors. Among this multitude of products, many facility managers consider ESD-free flooring to be the most effective way to prevent ESD problems. MIT Lincoln Laboratories has even recognized that ESD rubber flooring is the most effective ESD protection in any application and the only ESD resistant product that works independently of footwear.

ESD antistatic mat solutions include a variety of solutions from dissipative to conductive to meet the requirements of IEC61340-4-14. The static dissipation mat has an electrical resistance range of 106-109 measured in ohms. Charges will flow to the ground more slowly and in a slightly more controlled manner than with conductive materials. The conductive mat discharges static electricity even faster thanks to an even lower range of electrical resistance, measured in the range of 104-106 ohms. For safety reasons, the resistance of the conductive esd mat should not be lower than 104 Ohm.

In response to growing demand, Notrax® has introduced a variety of ESD ESD mats, which are anti-fatigue mats that are specifically designed to dissipate static electricity from workers, thus avoiding unpleasant static shock while protecting equipment. In recent years, Notrax® has seen a surge in demand for ESD antistatic mats and accessories.

The esd Diamond Stat ™ mat is by far the best selling ESD static dissipative anti-fatigue mat, manufactured with the unique Notrax® UniFushion ™ technology and RedStop ™ anti-skid backing. The top laminated PVC surface has a diamond pattern on the deck plate for traction while allowing easy turning, while the 14.3mm thickness ensures comfort for standing workers. The mat is equipped with a 10 mm female socket for grounding. Diamond Stat ™ is available in stock sizes, full rolls and per meter.

The Cushion-Ease Solid ™ mat is available in both antistatic and conductive versions as square interlocking plates that allow on-site adjustment. Jeg 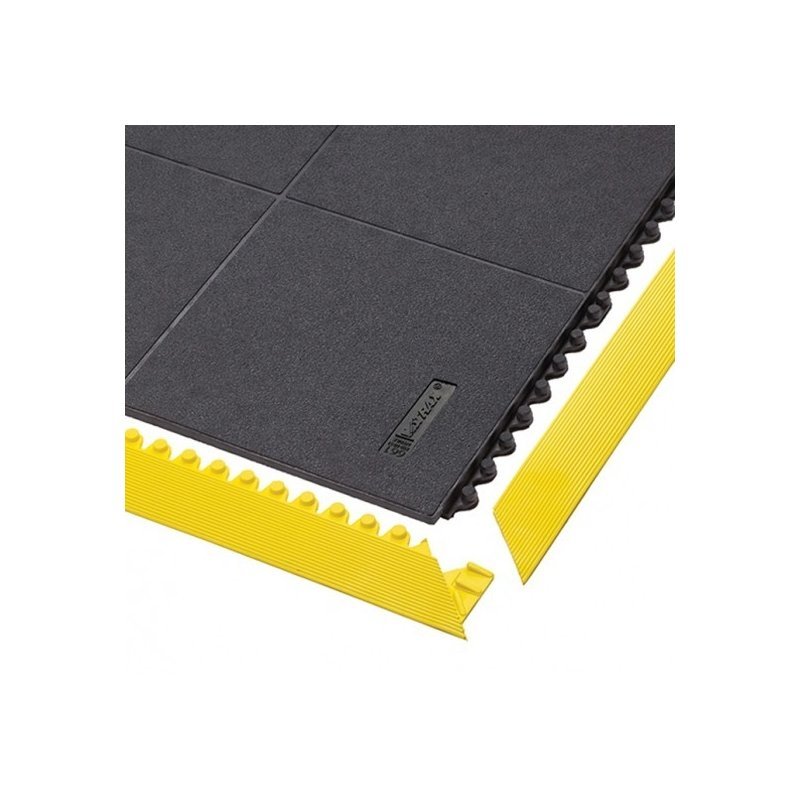 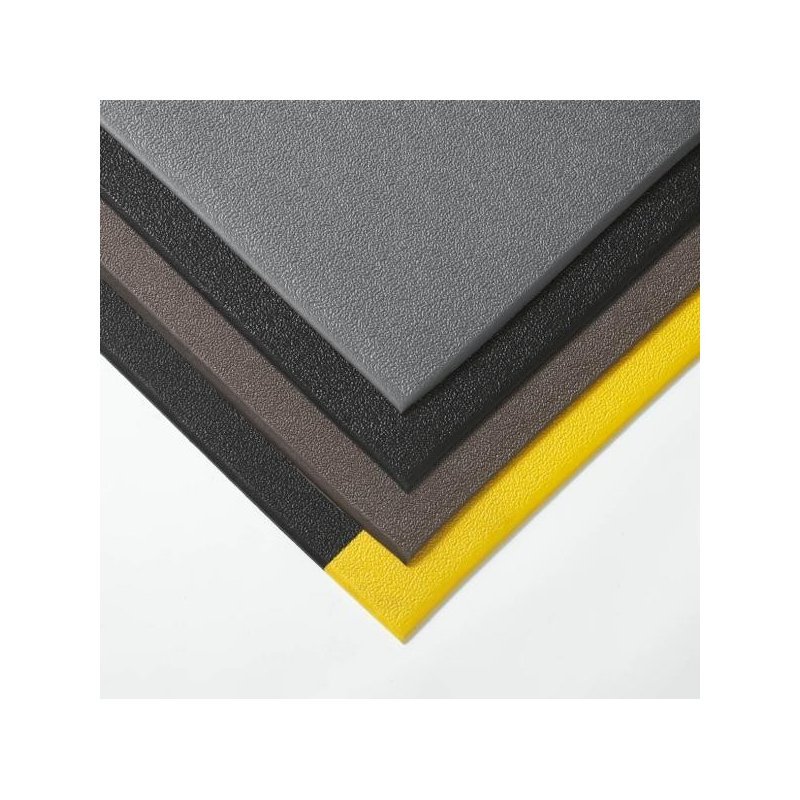 In many plants people are the main source of static electricity. Anti-static cushion stat esd mats from a vinyl sponge dissipate electrostatic... 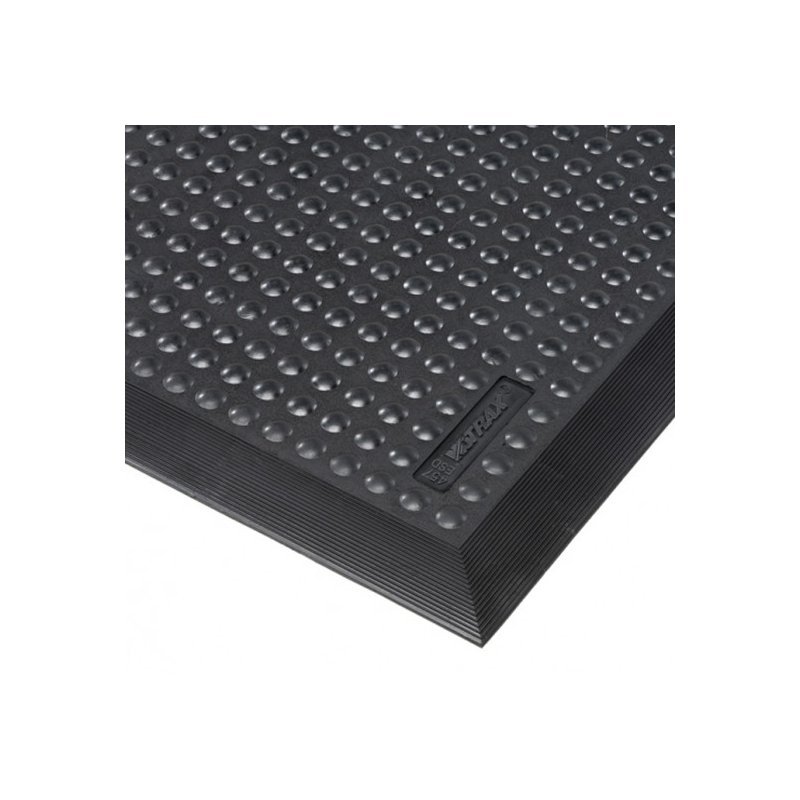 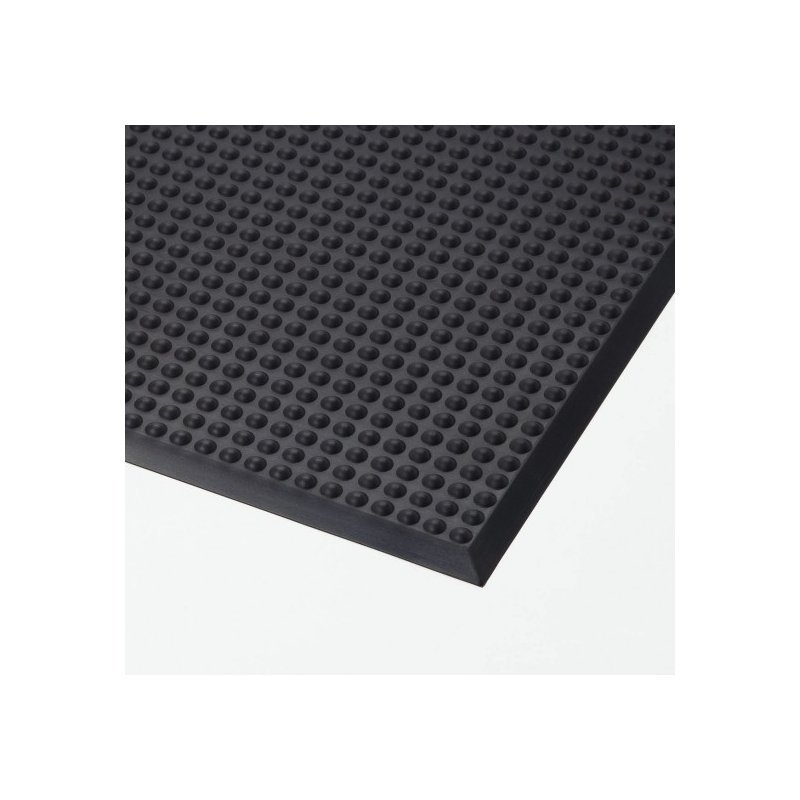 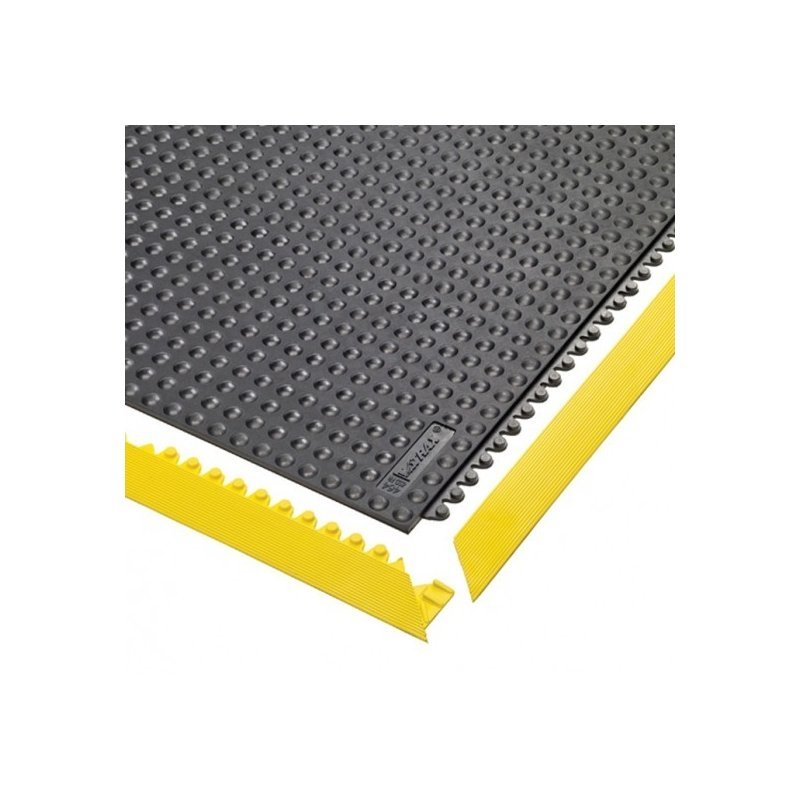 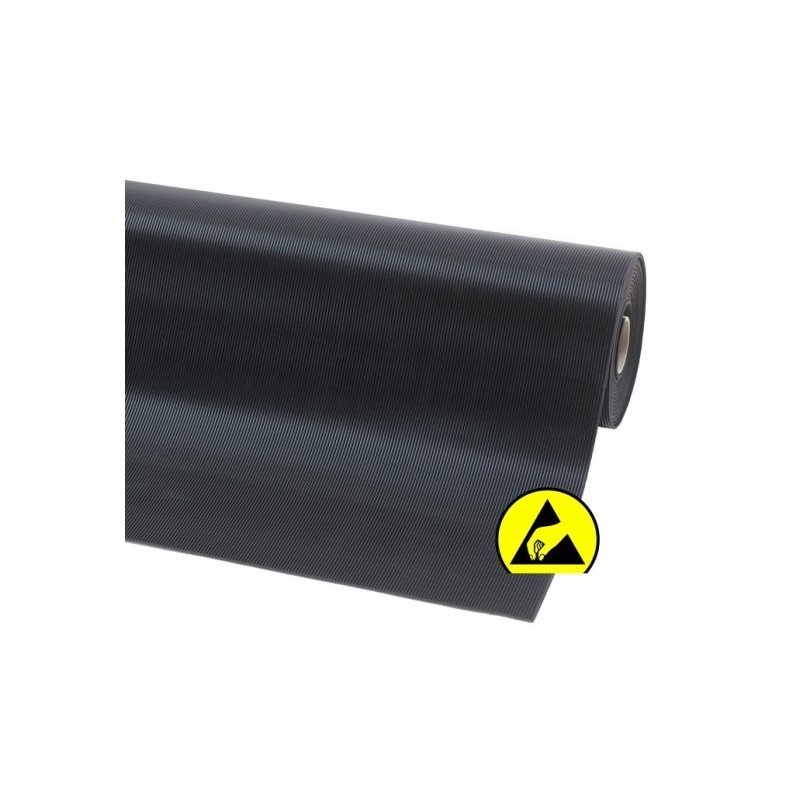 Rubber mats with excellent resistance to abrasion and tearing. 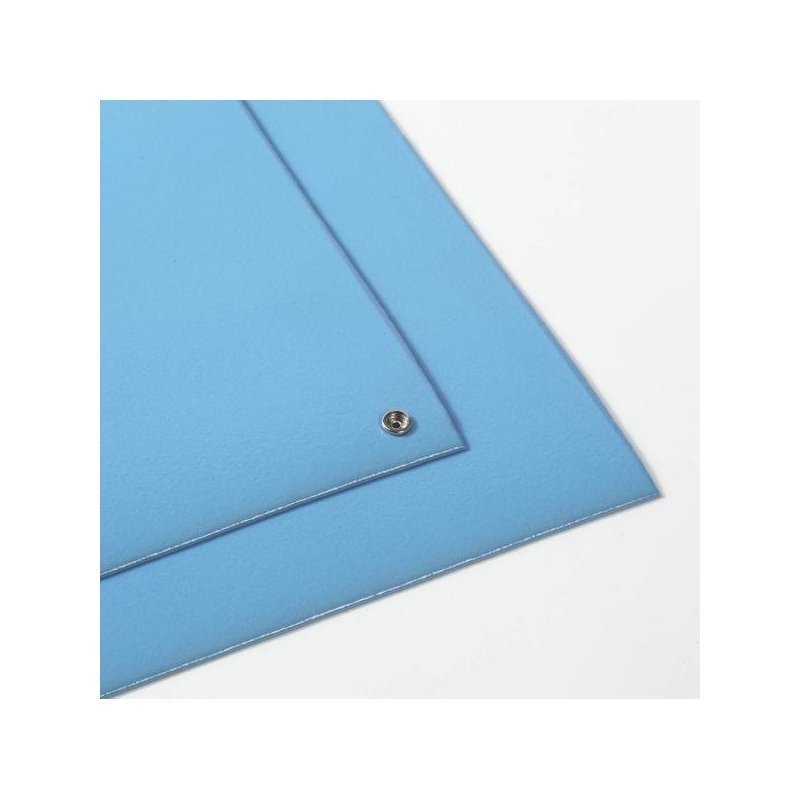 The basic way to protect objects sensitive to ESD is to create a grounding path. 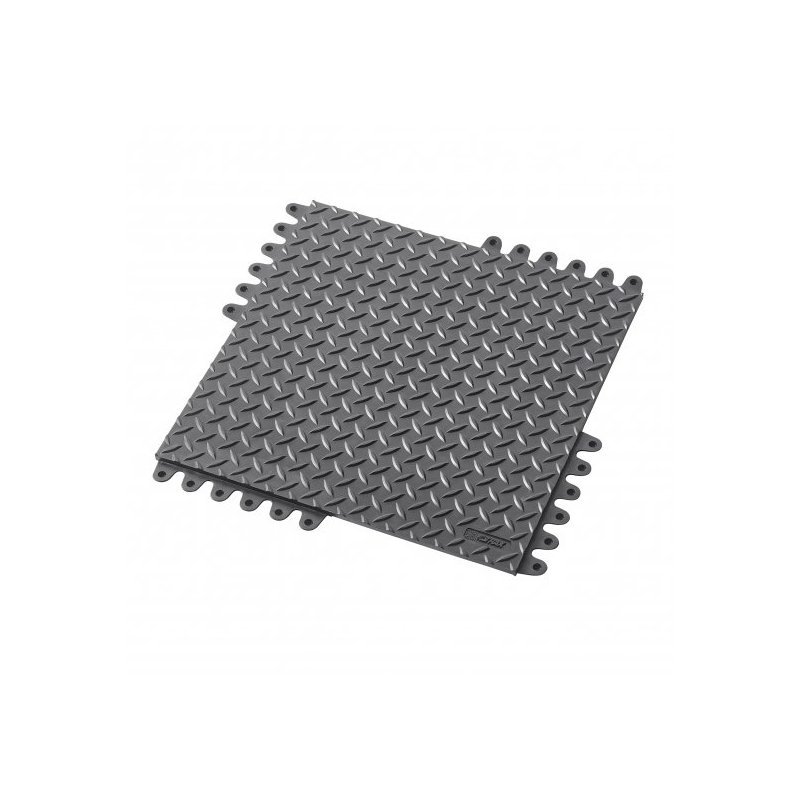 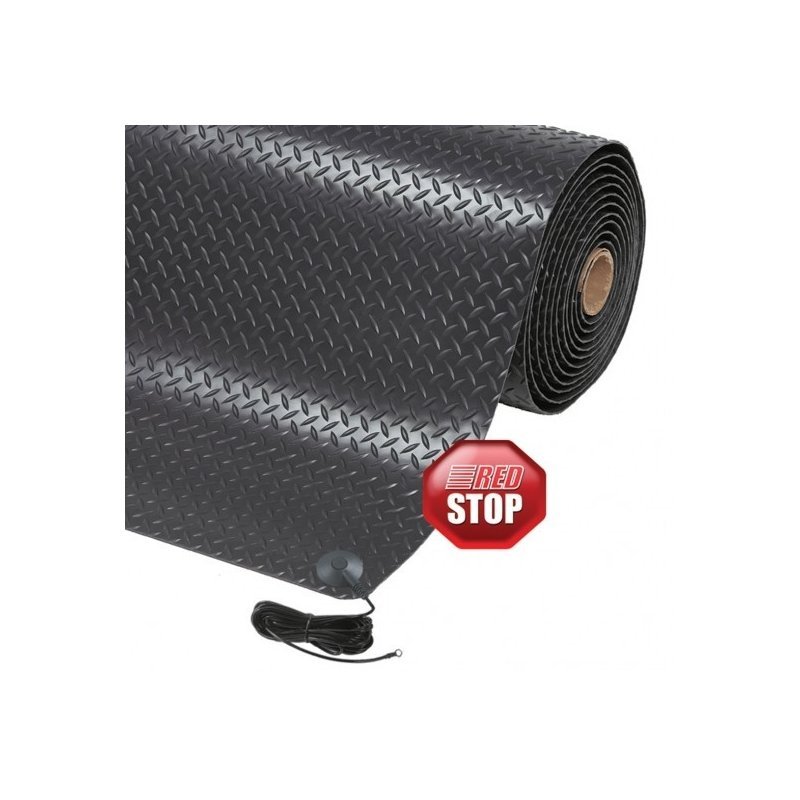 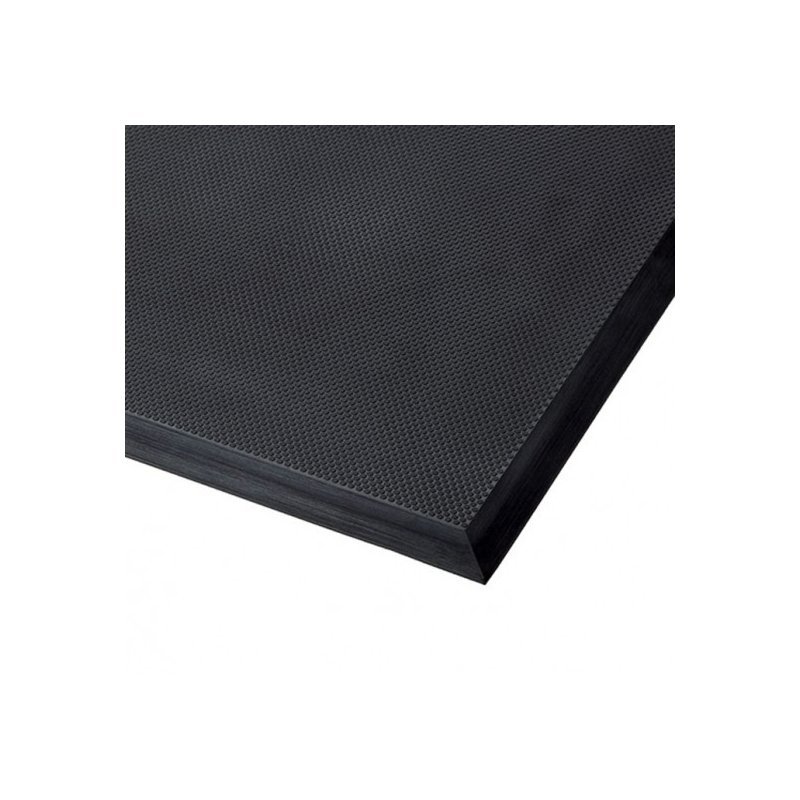